A highly realistic simulation of the space shuttle approach and landing!

F-Sim Space Shuttle play.google.com.fsim
With F-Sim Space Shuttle, a number one flight simulator for iOS finally arrives on Android. It simulates the space shuttle’s approach and landing in unprecedented detail and accuracy. Take command of the Orbiter during the final minutes of descent, and touchdown safely at the John F. Kennedy Space Center or Edwards Air Force Base.

After the landing, you can watch a replay of your flight from different perspectives, like a chase plane or from the tower. A sophisticated landing analysis also is available, and only the best pilots are awarded a “perfect landing” score.

The Orbiter’s approach is seven times steeper and twice as fast compared to a commercial airliner’s approach. Also, because during descent it is an unpowered glider, you only have one chance to get it right.

The included manual and tutorials will familiarize you with the head up display (HUD) and explain the different approach and landing phases. After some practice and your first successful touchdown, you can try crosswind or night landings.

Striking realism
Flight dynamics, the guidance, navigation, and control (GNC) systems, and the HUD are simulated accurately and in great detail.

Follow the guidance symbol in the HUD to stay on the heading alignment cone (HAC) and align the orbiter with the runway centerline, and then follow the flare reference symbol to perform the preflare maneuver. Don’t forget to keep an eye on the visual landing aids like the precision approach path indicators (PAPI) and the ball/bar light system to stay on the outer and inner glideslopes, respectively.

Let the autopilot control rudder, speed brake, gear, and chute, or control them yourself. If you dare, simulate system failures like a stuck speed brake or HUD/guidance malfunctions.

A wide range of options
Take your place in the commander’s seat in the stunning virtual cockpit, or view your flight from different external camera perspectives. Choose between accelerometer (tilt) controls or (virtual) analog sticks to steer the Orbiter. Land on both shuttle landing facilities, and fly either final or full approaches by selecting one of the four possible HACs. Configure day or night landings, clear or overcast skies, visibility, wind, and many other parameters.

Achievements and leaderboards
It will take some practice, but your first safe, good, and perfect landings are rewarded with OpenFeint achievements. A total of 15 medals and badges are waiting for the top astronauts, and you can unlock two secret, hidden achievements. Once you’ve become an expert space shuttle commander, compare your scores on the online leaderboards with the best pilots in the world.

A number one title
F-Sim Space Shuttle has received rave reviews from flight simulation enthusiasts across the world and is ranked among the best simulations on the iOS App Store.

This Android version is based on version 2.0 of the iOS app, with some features added from versions 2.2 and 2.4. We will add more features in future updates.

We’ve tested this version extensively on a large number of Android devices. If you still run into problems, please let us know and we’ll do our best to fix them.
What's in this version : (Updated : Dec 20, 2013)
Required Android O/S : 4.0+
Screenshots : 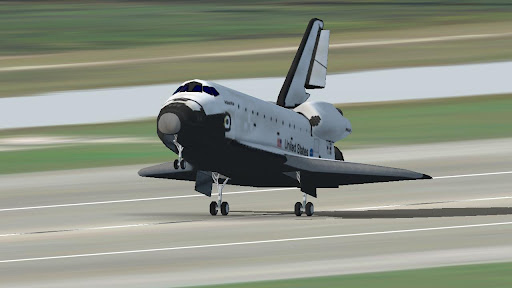 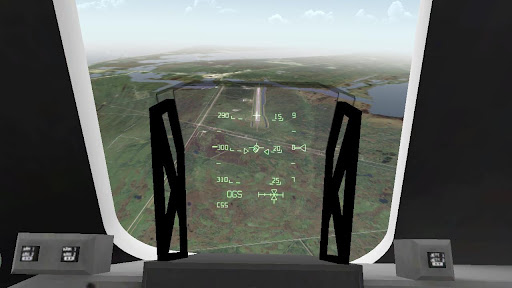 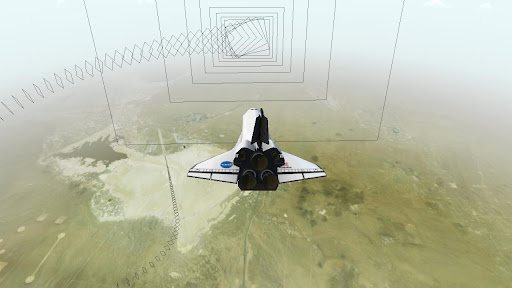 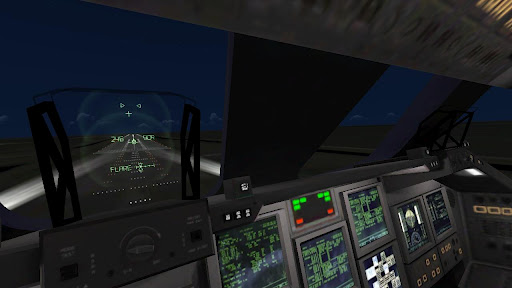 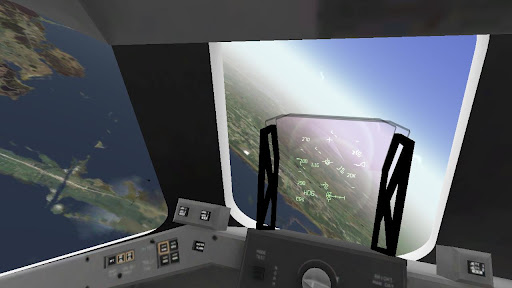 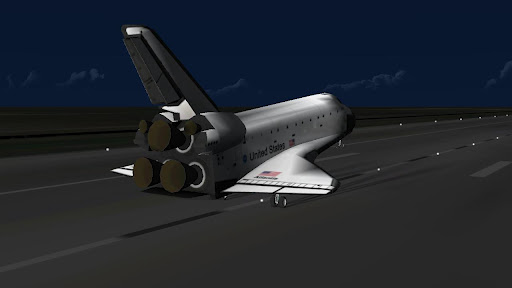 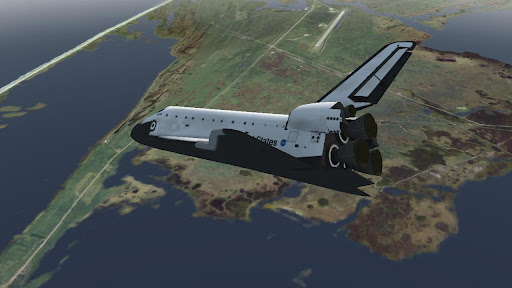